Quality sleep is integral to your physical health and mental well-being, and it contributes to a productive, happy day. Of all the factors affecting your nightly rest, the condition of your bed is among the most significant.

Your mattress should have the right firmness to support a neutral body position, holding your spine at its natural curve.

Using an indentation load deflection (ILD) rating, you can gauge a mattress’s firmness without lying on it yourself. This guide takes an in-depth look at what an ILD rating is and how it can help you make an informed buying decision.

Navigation
What is Indentation Load Deflection?
ILD vs. IFD
How to Test ILD
Which Variables are Considered During Testing?
What are ILD Ratings?
Frequently Asked Questions
Conclusion

What is Indentation Load Deflection?

Indentation load deflection (ILD) measures the necessary force to compress a polyurethane, latex, or another type of foam in pounds-force. The rating indicates the firmness of an individual foam layer and not the entire product. The higher the ILD ranking, the firmer the foam.

When researching mattresses, you will likely encounter ILD and IFD ratings. IFD stands for indentation force deflection. Despite their different names, the two terms are used interchangeably and account for the same measurement.

How to Test ILD

ILD testing involves using an indentation penetrometer, which operates in the same way as a press.

Several standards apply to the ILD testing process to ensure all memory foam ILD ratings are comparable. Every foam sample piece undergoing testing has a four-inch thickness with a surface area of 15 inches by 15 inches. The penetrometer compressing the sample should also have a circular indenter fitting with a 50-square inch surface area.

Before testing, the foam sample is placed flat on the ILD testing machine’s perforated base. The perforations allow for the release of air while the indenter compresses the foam sample.

Next, the person testing warms up the foam sample by compressing it to 25 percent of its natural thickness and then records the force necessary to carry out the compression. During this stage, compression takes place at a speed of four millimeters per second.

The final test begins six minutes after the warm-up phase. The testing machine compresses the foam layer by 25% to 75% of its original thickness at 0.83 millimeters per second. The tester records the firmness rating ILD (25% ILD) after a minute of compression.

The last step of the testing process involves compressing the sample to 65% of its original thickness and recording the value after a minute of compression.

Which Variables are Considered During Testing?

Below, we discuss variables affecting a mattress’s indentation load deflection and firmness.

An increase in temperature can reduce a mattress’ ILD value. Therefore, most manufacturers test their materials in varying temperatures to provide an accurate ILD range to reflect firmness in varying seasons.

The temperature variable also applies to your body heat while lying in bed. Even mattresses at the firm end of the spectrum start softening in response to body heat build-up. Most people prefer this reaction as it allows the foam to mold to the body’s curves, relieving pressure points and supporting their natural spine alignment.

Some manufacturers develop their mattresses to retain their ILD within a specific temperature range.

Foam type is a critical variable to consider during testing. Even at the same ILD rating, foams in the polyurethane, memory foam, and latex categories don’t have the same firmness, especially after prolonged use.

For example, polyfoam has an open-cell structure, and it immediately bounces back to its natural form after compression. On the other hand, memory foam is viscoelastic and dense, and its structure is highly resistant to flow. Elements such as blowing agents and gasses restore memory foam’s shape, which is why your handprint slowly disappears after you touch the top of your mattress.

Get More Info: 6 Types of Foam

All manufacturers in the United States use the same ILD rating chart, and their operations have to meet various industrial regulations. Despite the high degree of standardization in this industry, there is some variation in firmness between products with the same indentation load deflection rating.

The variable is due to differences in manufacturers’ materials, processes, and environmental factors affecting each production setting. Brands also have unique product formulas and features to gain a competitive edge in the market. These product differentiations significantly affect a foam product’s characteristics, including its load-bearing capacity and firmness.

Reading the brand’s product specifications and descriptions can provide information on a mattress’ testing ratings.

What are ILD Ratings?

Now that you better understand ILD, you can discover which ratings would work best for you and your needs. Below is a practical ILD firmness guide.

Soft mattresses have ILDs ranging from 14 to 21, and they offer minimal firmness. Many people believe soft mattresses to be luxurious, but they are generally only suitable for lightweight individuals who sleep on their side. Soft mattresses are not ideal for couples, especially when there is a significant weight difference between them.

A medium-soft mattress has an ILD of either 22 or 23. If you enjoy sinking into a soft cradle, you can consider this option.

However, these products will likely not provide adequate back support or body alignment for average to heavy individuals since they risk sinking in too deeply. As a result, you should consider a product in the medium-soft category only if you have a slender build.

A medium mattress is halfway between firm and soft with an ILD of 24, 25, or 26. This firmness level is the most popular as it provides an optimal combination of comfort and support. If you are unsure whether you need to sleep on a firm or soft bed, a medium indentation load deflection value is likely the best option.

Mattresses with a medium-firm ILD score of 27 to 31 are ideal for average-weight individuals who need more substantial support or some heavier sleepers who rest on their side. A medium-firm bed is good for optimal spinal alignment, and therefore, it should help those experiencing chronic back pain.

Firm mattresses have ILD scores of 32 or higher, and they are rigid with minimal give. As a result, these products will be more suitable for individuals who carry significantly more weight since the durable materials can help prevent their heavier areas from going through the layers. Some average-weight stomach sleepers, though, may prefer a firmer bed.

What is the difference between latex and foam ILD?

People often ask what the ILD is in foam and latex and how these ratings differ. During the testing process, a 4-inch thick layer of polyfoam is used, but a 6-inch piece is used for latex products. Polyfoam also has a lower compression modulus than latex.

As we know, thicker materials have an inherently higher ILD ranking. For example, suppose you need to choose between mattresses of the same size, but one features latex while the other has a polyfoam layer. In that case, the latex mattress is likely firmer with additional compression.

You also need to consider other factors, including overall quality, density, and the ILD value of other foam layers within the mattress core.

What is the best ILD mattress topper rating?

Toppers with ILD ratings in the medium range between 24 and 30 are suitable for most sleeping positions and body types. However, these products are thinner than mattresses. Therefore, a medium topper won’t have the same firmness as a medium mattress.

However, a soft topper with an ILD of 23 or lower is a viable option if you want to soften a firm mattress. On the other hand, placing a hard topper on a medium-soft or soft mattress can improve your bed’s support and motion transfer without needing a new replacement.

If you have a large build or issues with back pain, consider a topper with an ILD of 30 or higher.

In addition to ILD rating, you also need to consider other factors when shopping for a new mattress, including multiple support zones, edge support, motion transfer, cooling, and comfort. However, once you know which indentation score is best for you, selecting the mattress with the best value becomes significantly easier.

Choosing the right ILD rating for you may take more time, but enhancing your sleep experience and maintaining a healthy, happy lifestyle is worth it. 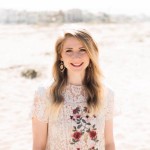 Katie is a content writer and serial hobby collector who enjoys naps almost as much as her pets do. When she isn't writing, she likes to ride her motorcycle, catch Pokemon with her hubby, and practice yoga with her dog.