Written by Natalie G.
Disclaimer - Nothing on this website is intended to be a substitute for professional medical advice, diagnosis, or treatment... Read More Here.

Melatonin has grown in popularity in recent years as a natural sleep aid. For adults, it has shown to be a safe, non-habit-forming alternative to things like prescription sleeping pills.

Like adults, kids can have difficulty sleeping. This raises the question, then, as to whether melatonin is helpful for children. In this article, we’ll go over common reasons kids of various ages have issues sleeping in the first place, when melatonin might be helpful (or harmful), the appropriate dosage, and alternative supplements and habits that should help your kids – and you – get good sleep.

Similar to adults, kids can have problems sleeping for a variety of reasons, from stress and anxiety to underlying medical conditions. Additionally, sleep problems can be both temporary and long-term. Below are some of the most common reasons behind childhood insomnia[1].

What Parents Should Know About Melatonin

Melatonin[4] is a hormone that each of our bodies naturally produces in a small, pea-sized gland in the brain called the pineal gland. The job of this gland is to receive information from the eyes about the world around you – primarily answering the question, is it dark or light outside?

If it is dark out, the pineal gland will begin producing melatonin. This usually happens about two hours before going to sleep. On the other hand, if it is still light outside or if you are looking at bright lights (including screens), melatonin will not be released[5], and the body’s circadian rhythm, or natural 24-hour sleep/wake cycle, will be thrown off.

This is why screen time is listed as one of the most common reasons behind childhood insomnia.

Melatonin supplements can be used to give the body a boost in its melatonin production. They are typically made synthetically and can be taken in a variety of forms including gummies, pills, liquids, or powders. Most experts have deemed short-term use of melatonin[6] supplements to be safe, however, there are some things to keep in mind for children in particular.

Melatonin has another, lesser-known function, and that is its vital role in puberty. According to a 2019 study[7], melatonin is produced in larger quantities in children before puberty. Sometime between the ages of 8 and 13 (on average) in females and 9 and 14 in males, the body’s natural production of melatonin drops sharply, which is believed to play a role in triggering the onset of puberty.

Most importantly, is this safe?

Is Melatonin Safe for Kids?

As we mentioned, melatonin is naturally produced in younger children in larger quantities. More specifically, it looks like this[8]: Children between 18 months and six years of age have the highest amount of melatonin, then there is a slight drop off between ages 6-8, followed by a drastic drop off between ages 8-13. Once puberty is triggered after this dropoff, it rises slightly again but never again to the levels pre-puberty8. The level gradually decreases[9] thereafter throughout our lives.

When melatonin levels are high, studies[10] show that we spend more time in Rapid Eye Movement (REM) sleep. REM is the sleep stage when our brain activity increases, and we are more likely to have vivid or intense dreams or even nightmares.

This is why children, who naturally produce more melatonin than adults, spend more time in REM sleep[11] and tend to have wilder dreams and more nightmares. Additionally, it’s why one of the most common side effects of melatonin supplements, especially in children under 8, is nightmares.

Now, this doesn’t necessarily mean that melatonin is unsafe for children. If your child is having nightmares due to melatonin supplements, you can always lower the dosage (which we’ll discuss in the next section) or stop the supplements entirely.

There is some concern, though, that supplementing with melatonin around the age of puberty (typically sometime between 8-14) could delay its onset7. Studies in the area are limited, but if you want to be cautious, you can avoid giving your kids melatonin supplements before the onset of puberty. After all, the body goes through an important natural transition between a very high amount of melatonin and a drastic drop during this period of life.

Once puberty has begun, though, short-term, low-dose melatonin seems to be safe for adolescents and teenagers.

Short-term and low-dose melatonin appears to be safe for children of most ages, with the most common side effects[12] being nightmares, grogginess, headaches, or dizziness, all of which go away upon discontinuation, and the possible side effect of delaying the onset of puberty. However, there are some more serious side effects reported when children either intentionally or unintentionally consume too much melatonin.

According to the Centers for Disease Control and Prevention (CDC)[13], between the years 2012-2021, the number of melatonin-related calls to poison control went up by 530 percent. Most of these calls were regarding children under five who had accidentally ingested too much melatonin. After all, kids’ melatonin is often sold as gummies; they taste good and could be eaten like candy for those under five who don’t understand.

Most, but not all, of these ingestions (by ingestions, the CDC means substances ingested and reported to poison control) were harmless. In this CDC study, about 80 percent of children had no symptoms. Of those who reported side effects, the main symptoms were drowsiness, upset stomachs, vomiting, and headaches. During this 10-year period and out of more than 260,000 ingestions, about 4,000 children were hospitalized, a handful of whom were put on ventilators. Most of the hospitalized children were teenagers who had intentionally attempted to overdose on melatonin[13].

The consensus seems to be that because children naturally produce higher levels of melatonin and their melatonin levels fluctuate in order to go through puberty, if you do decide to supplement with melatonin, it should be at the lowest possible effective dose, for a short period (less than three months.)

According to Boston Children’s Hospital, children under three should not use melatonin at any dose. Children at this age are producing enough melatonin on their own and difficulties falling and staying asleep are almost always behavioral in nature[12].

Physicians recommend 1 milligram or less[15] of melatonin in children 3-5 years of age.

Physicians recommend a maximum of 2.5-3 milligrams of melatonin in children between ages 6 and 12[15].

Note: There is some evidence that using melatonin around the onset of puberty could cause a delay in onset, though more information is needed[7].

Physicians recommend a maximum dose of 5 milligrams of melatonin for those 13 and up[15].

There is some evidence that melatonin regulation might be abnormal in children with autism, and studies show that supplementing with melatonin for kids on the spectrum is helpful for sleep[16].

Additionally, a study in 2018[17] found that children with a variety of neuromedical disorders (including ADD, ADHD, Autism Spectrum Disorder, motor disorders, specific learning disorders, and communication disorders) all benefited from a daily 4-milligram melatonin supplement. They found an improvement in all of the following areas: temperament upon waking, sleepiness after waking up, stereotypical behavior, irritability, hyperactivity, and inappropriate speech[17].

Their conclusion, and the conclusion of many researchers in recent years, is that long-term melatonin supplementation seems to be safe and particularly helpful for children with neuromedical disorders. Of course, research on the subject is still relatively new and more needs to be done, but it does seem promising.

Doctors recommend a maximum dose of 10 milligrams of melatonin for children with neuromedical disorders[15].

For any children who aren’t having trouble sleeping and you’d just like to help them get “better” or more “restful” sleep, doctors advise against melatonin[13].

If you’re struggling to get your kids to sleep, melatonin supplements might help, but even so, they are only a temporary fix (recommended for a max of three months for most children).

You may even be tempted to go for something stronger, like a prescription medication. In fact, prescription medications are often the first line of defense for insomnia in both children and adults. Studies[18] point out, though, that this is troubling because there are no FDA-approved medications for the treatment of insomnia in children, and there are concerns about the safety and side effects of the off-label medications doctors prescribe. Plus, evidence[19] indicates that while pharmacological treatment may have rapid short-term effects on sleep problems, they typically don’t have long-term positive effects on sleep.

The key is going to be doing the hard work of fixing the underlying issues or behaviors leading to sleeplessness in the first place.

Cognitive Behavioral Therapy for Insomnia[20] (or CBT-i) is one alternative to melatonin or sleep aids that shows real, long-lasting results for people of all ages. This treatment involves behavioral changes, such as bedtime shifts (including something called “sleep restriction”), stimulus control, thought challenging, psychoeducation, and various relaxation techniques[20].

A 2015 meta-analysis[21] found that CBT-i was as effective as sleep medication, with zero side effects, fewer episodes of relapse, and a tendency for sleep to continue to improve long past the end of treatment. The research concluded that CBT-i is the most effective non-pharmacological treatment for insomnia[21].

Read More: Magnesium vs Melatonin – Which Aid Is Better for Sleep?

Whether you and your kids choose to supplement with melatonin or not, the most important changes you can make are behavioral and environmental; in other words, practicing good sleep hygiene.

Additionally, The Society of Behavioral Medicine[22]advises that the bed be used for sleep only. Using the bed for playtime or homework can confuse the brain, associating the bed with more than sleep. If an older child is having trouble sleeping, encourage them to get up out of bed and do something quiet until they are sleepy again, and then go back to bed.

Daily exercise is also important for kids of all ages when it comes to general physical and mental health, including getting good sleep[22].

If you’re wondering how much sleep your child should be getting according to their age, The American Academy of Sleep Medicine[23] recommends the following:

Children of all ages can struggle to get to sleep or stay asleep at various times, and it can be tempting to reach for a quick fix like medication. Unfortunately, there’s no magic pill that will help your kid with sleep, and in fact, prescription sleep aids come with a slew of side effects and haven’t been approved by the FDA for children.

Melatonin seems to be a relatively safe short-term, natural sleep aid for kids when used at a very low dose. However, it does come with some risks, and the long-term effects on things like puberty are not yet known. The only real way to improve sleep long-term is to resolve the root of the problem with something like CBT-i, or at the very least, practicing good sleep habits. 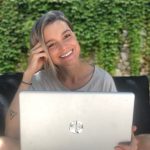 Natalie is a content writer for Sleep Advisor with a deep passion for all things health and a fascination with the mysterious activity that is sleep. Outside of writing about sleep, she is a bestselling author, improviser, and creative writing teacher based out of Austin.

When she's doing none of these things, you will most likely find her outdoors, at the gym, or... asleep.