Sleep apnea is one of the most prevalent sleep disorders. There are two primary forms, Obstructive Sleep Apnea (OSA) and Central Sleep Apnea (CSA). Central sleep apnea is the less common of the two, but it can be equally as disruptive as its counterpart.

In addition, while CSA and OSA are both considered sleep apnea, they are distinctly different. As a result, their treatments will differ as well.

In this article, we will review the various methods for central sleep apnea treatment. We will also cover other important questions such as who is most at risk and sleep apnea symptoms you should know.

What Is Central Sleep Apnea?

Sleep apnea is when a person’s breathing repeatedly starts and stops while they are asleep. Central[1] sleep apnea is caused by the brain not sending signals to the muscles that regulate breathing. Central sleep apnea can result from various health and situational circumstances, and we will cover these in detail further below.

What’s the Difference Between Central and Obstructive Sleep Apnea?

The difference between obstructive and central sleep apnea is what causes periodic gaps in breathing during sleep. In contrast to central sleep apnea, obstructive[2] apnea results from a blockage in the upper airway. More specifically, the muscles at the back of the throat relax to the point that they significantly narrow the airway, impacting the individual’s breathing.

Obstructive sleep apnea doesn’t appear to be going away anytime soon either. The American Academy of Sleep Medicine (AASM[3]) reports that sleep apnea numbers are rising, affecting as many as 25 million American adults.

If you notice any of the following symptoms, you may have central sleep apnea and should schedule a visit with your doctor.

According to experts, less than ten percent[4] of patients referred to sleep laboratories have central sleep apnea. Though the numbers are significantly lower than obstructive, central sleep apnea can be just as dangerous to individuals’ health.

Most experts encourage central sleep apnea treatment to avoid additional health complications down the road. According to the Cleveland Clinic[5], an untreated case of sleep apnea could lead to hypertension, stroke, arrhythmias, cardiomyopathy, heart failure, diabetes, obesity, and heart attacks.

Cheyne-Stokes is typically associated with congestive heart failure or stroke. With this condition, the individual’s airflow power gradually increases and decreases. When the breath is at its weakest point, this is when central sleep apnea occurs.

Certain medications such as opioids can also lead to improper breathing. Opioids are often prescribed to help alleviate pain. If you take opioids or another medication and notice sleep apnea symptoms, you should speak with your doctor.

A slow rise and decline in breathing effort can also occur from exposure to extremely high altitudes. Experts say the change in oxygen is what causes these breathing discrepancies.

In some cases, a person with obstructive sleep apnea could inadvertently develop central apnea using a CPAP machine, a popular treatment device for apneas. When this occurs, it is referred to as treatment-emergent CSA. When a patient exhibits both obstructive and central apnea, this is known as complex sleep apnea.

Lastly, idiopathic central sleep apnea is arguably the most difficult to treat because its cause is unknown. Idiopathic is a general term for a disease or condition in which doctors cannot determine the origin.

To get a formal central sleep apnea diagnosis, you will need to first consult your doctor, who will likely do an initial evaluation. Following this, your physician may refer you to a sleep specialist for further testing.

When you visit a specialist, they will perform a polysomnography test to help determine what is causing your sleep troubles. During this process, you are hooked to machines that monitor your heart, lungs, brain activity, breathing patterns, arm and leg movements, and blood oxygen levels while you are asleep.

Read More: How and Why is Sleep Apnea Misdiagnosed?

How to Treat Central Sleep Apnea

Certain health complications can cause a person to develop central sleep apnea. Therefore, treating the underlying medical condition could help your apnea.

In the event opioids are causing your sleep disorder, you may need to discontinue use. However, for those who rely on this medication to treat pain, your doctor may be able to find an alternative solution.

CPAP treatment involves wearing a mask while you sleep. The CPAP mask covers the nose and mouth and is hooked up to a pump that provides pressurized air to help keep the airway open. CPAP machines are a well-known treatment method, but they may be difficult to get accustomed to for some.

Like a CPAP, adaptive servo-ventilation also provides pressurized air to the sleeper. However, ASV adjusts the air pressure on each breath for a more consistent pattern and can provide an extra breath if the device notices a gap. Individuals with symptomatic heart failure should avoid ASV.

BPAP is an additional method of pressurized air treatment for those with sleep apnea. This system is similar to ASV in that it delivers a particular amount of air pressure when you inhale and a different amount when you exhale. However, the amount of pressure with BPAP is fixed in contrast to the varied levels with ASV.

Those with heart failure should speak with their doctor if they are considering BPAP because this method could worsen their central sleep apnea.

Supplemental oxygen, also known as oxygen therapy[7], could also alleviate symptoms of central sleep apnea, and you can choose from different devices to use in the comfort of your home. If you are new to oxygen therapy, your physician can help select the best device for you.

The air is usually provided through nasal prongs or a face mask. In addition to being a sleep apnea treatment, supplemental oxygen could help with chronic obstructive pulmonary disease (COPD), pulmonary fibrosis, pneumonia, asthma, and cystic fibrosis.

According to the Mayo Clinic, researchers have found that the medication acetazolamide may help stimulate breathing in individuals with central sleep apnea. Acetazolamide[8] is listed as a “diuretic and carbonic anhydrase inhibitor” used to treat glaucoma, idiopathic intracranial hypertension, heart failure, altitude sickness, periodic paralysis, and epilepsy.

A pulse generator is placed beneath the skin on the upper chest. The generator is battery-powered and sends an electrical pulse to the nerve that regulates the diaphragm during sleep. The pulse should then cause the patient to take a breath.

What are the risk factors?

Certain factors can put some at a greater risk of developing central sleep apnea, as reported by the Mayo Clinic.

Men are more likely than women to have central sleep apnea.

Adults over the age of 60 are at an increased risk. Experts say this is likely because of additional sleep or medical issues that could induce apnea.

Brain issues such as a stroke, tumor, or structural brainstem lesion could impair breathing.

If you are not used to resting at higher altitudes, that could induce central sleep apnea.

Can central sleep apnea be cured?

While certain risk factors for central sleep apnea, such as age and gender, cannot be helped, there are some that you may have more control over, including opioid and CPAP use. However, it is vital to consult with your doctor to find a safe and appropriate alternative to reduce your chances of CSA. 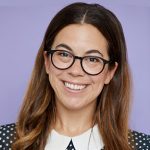