Our Review of Nile Threads Bed Sheets for 2023

Written by Sleep Advisor
Transparency Disclosure – We may receive a referral fee for products purchased through the links on our site... Read More.

The company was started by two brothers who grew up in Rhode Island but later moved to Egypt. They loved everything about the country, from the culture and food, right down to the bed linens.

When they got back to the United States, they noticed a distinct lack of quality Egyptian sheets, so they decided to fill the void and start their own business.

Nile Threads sheets are designed in New York, made in Egypt and sold all over the country.

But do these two brothers know how to make bedding that you’ll want to sleep on? Read our review of Nile Threads to find out.

Back in 1909, Henry Ford was famous for saying, “Any customer can have a car painted any color that he wants, so long as it is black.”

It’s the same thing with Nile Threads and their sheets. They come in one color only: white sateen. We get it. They’re a new company, and adding multiple color options adds complexity and expense. As they strive to deliver luxury and keep costs low, it’s logical that there will be a lack of choice.

The material is 100% Egyptian cotton, and technically referred to as “Egyptian Long Staple Super Combed Cotton.” All this means is that the treads they sourced are longer than standard. The longer the threads, the more desirable because they create a softer and more durable fabric.

The sheets feature a sateen weave, which is shinier than percale and linen. It’s also soft and silky smooth.

Because they’re a newer company and they’re importing from halfway across the world, we were a bit concerned about their ability to compete with the big guys on quality measures. While the overall construction of the sheets passed the tests with flying colors, there is some concern over variable shrinkage.

On average, you can expect your sheets and pillowcases to shrink by about three to five percent after their first washing and drying cycle. One tester reported a pillowcase shrinkage of over six percent. We think there may still be some variation in their manufacturing process that they’re working through. Fortunately, they do offer a 100-day return policy so if things do shrink too much, you can get a complimentary replacement.

The longer threads combine into a very stable yarn. Shorter threads can break apart more easily and poke through the surface. The result is pilling and snags, which make your bedsheets worthless.

Higher thread counts don’t always mean softness, but the higher numbers can translate to durability. The 600 thread count figure is on the higher end of what we usually see, so your bedding could potentially last longer.

Perhaps it’s the thread count of the durability of the fabric, but these bedsheets are slightly thicker and heavier than average.

These linens are exceptionally soft. On a scale of one to ten, with one being stiff as a board and 10 being a piece of heaven, we rank these at around a seven or an eight. We believe this is due to the high-grade Egyptian cotton that they’re sourcing for the product.

Egyptian cotton sheets have a reputation for costing a fortune. You might expect to spend $500 for a set, and many brands charge nearly $1500. Starting at about $154, this company offers a tremendous bargain.

However, there aren’t any fancy bells and whistles with these sheet sets. They come in one color only, there are not patterns or intricate stitching, and there’s one type of weave. Yes, this keeps costs low, but unless you want plain white, there’s not much choice. Actually, scratch that. There’s no other choice except for white.

That being said, plain white is often best. That’s what you find in high-end, luxury hotels, so you’ll be able to replicate that feeling with this bedding.

If you’re buying a la carte, prepare to pay more. For example, one Queen fitted sheet will cost $139, but if you buy the whole set in the same size, you get the top layer and the two pillowcases as well as your fitted base layer for $189.

Who Should Buy Nile Threads Sheets?

This company is new to the market, and they have challenges keeping items in stock. Their customer support is limited as well. If you’re in a rush to get new sheets, you might want to look for another brand that can ship your exact order right away.

However, we’re always rooting for the underdog, so we encourage you to give these guys a try and see if they’ve got your size in stock. 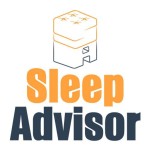