YOU ARE WHERE YOU SLEEP

Which Countries Get The Most and The Least Sleep?

There are hundreds of factors that can predict how long and how well you can rest. Everyone talks about how television before bed, midnight snacks, caffeine, and chaotic work schedules can affect your sleep cycles. But what it’s as simple as what country you’re from?

Which country spends the most time in bed?

What country's children stay up the latest?

Is it true that Japanese workers often snooze on the job and during dinner parties or that Norwegian mothers leave their babies out on the snowy sidewalk to get an afternoon nap?

We’ve broken down the facts, spanning the continents to see what effect your global location has on the way you sleep.

Which Country Sleeps the Most?

With the explosion of Big Data, researchers are quickly becoming aware of just how much organic data they can harness from smartphone apps. Instead of relying on self-reports or clinical participation, the engineers of ENTRAIN discovered that they could track worldwide bedtime habits using an app, getting a much larger pool of data spread across a larger geographical location.

In their 2016 study in Science Advances, they reported on trends they saw worldwide. According to their data, people in the Netherlands are getting the most rest per night, while folks in Singapore and Japan are getting the least. 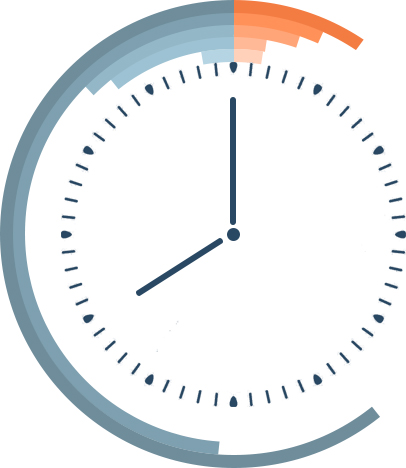 In general, they found that countries that were more geographically near each other and had similar cultures often shared very similar nighttime habits, regardless of global trends. These trends also often translate for children. For instance, according to a study in Sleep Medicine, children in Hong Kong go to bed, on average, 3 hours later than children in New Zealand.

Who's Getting the Most Naps?

In Japan it is culturally accepted, even respectful, for men or women to fall asleep at work or during dinner parties. The practice is called inemuri.

Norwegian parents often let their children nap in their strollers outside, believing that fresh air is the best for a growing child.

In China, napping on the job is encouraged to keep up with the pace of business.

Americans and Japanese tend to nap more than people in Germany, Mexico, or the U.K. [4] National Sleep Foundation 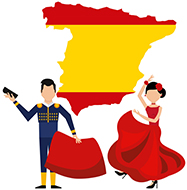 Siestas are the most common throughout Spain, the Mediterranean, and countries with strong Spanish influence.

Siestas, or mid-day naps, were first mentioned in the Koran, the religious text of Islam.

Who Shares a Bed?

Socioeconomic necessities, the prevalence of marriage, and cultural norms typically dictate who shares the bed worldwide.

54% of Japanese people sleep alone compared to only 14% of Canadians.

83% of Vietnamese parents share the bed with their children. 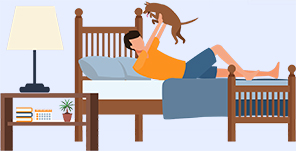 71% of American pet owners share their bed with their furry friends.

32% of British people and 48% of Japanese go to bed with worries about money and/or work.

73% of Americans and 80% of Mexicans watch TV within an hour of bedtime. 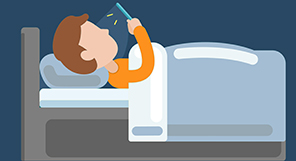 62% of American children and teenagers take their cellphones to bed and 37% text after “lights out”.

65% of Japanese folks have a tablet beside their bed.

With the advent of smartphones and cheaper and more accessible television, not to mention streaming services like Netflix, many people choose to unwind using technology before they go to bed. But is this having an adverse effect? A comprehensive study done in 2013 showed that at least two-thirds of people in the U.S., U.K., Germany, Mexico, Japan, and Canada regularly use technology in some form right before bed, often lessening the amount of time they spend sleeping.

Is there a direct correlation between a lack of rest and technology? A World Health Organization (WHO) study of 8 rural areas of countries with lower resources and limited access to “24-hour culture,” smartphones, and televisions showed the same uptick in nighttime disruptions and sleep problems as countries with much higher access to technological advances.

One of the most interesting findings in the ENTRAIN study was that the amount people slept per night across the world had very little to do when they decided to wake up in the morning. Instead, resting times correlated more closely with when people decided to go to bed. Regardless of nationality, the later a person stayed up at night, the more likely they were to get fewer ZZZs.

Senior researcher on the study, Daniel Forger, told  BBC, “Society is pushing us to stay up late, our [body] clocks are trying to get us up earlier and in the middle the amount of sleep is being sacrificed; that’s what we think is going on in the global sleep crisis.”

He concluded that people should worry less about alarm clocks and focus instead on their bedtime habits and the cultures that are encouraging them to stay up late at night instead of getting to bed at a reasonable hour.

Find Out More: How to Change Your Bad Sleeping Habits? 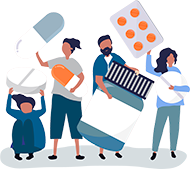 20% of patients ask doctors for sleeping pills globally, and another study estimates that the amount of people suffering from sleep apnea has exploded to 1 billion, which is 10 times the amount previously thought.

Sources and References:
[1] Who's Getting The Most Sleep?, Statista
[2] Napping in Public? In Japan, That’s a Sign of Diligence, New York Times
[3] China tech workers asleep on the job – with the boss's blessing, Reuters
[4] 2013 International Bedroom Poll | Summary of Findings, Journal of Clinical Sleep Medicine
[5] Bedtime Use of Technology and Associated Sleep Problems in Children, National Center for Biotechnology Information
Follow Us On