Toxic Materials in Foam Mattresses? Are We Safe?

Nothing on this website is intended to be a substitute for professional medical advice, diagnosis, or treatment. You should always seek the advice of your physician or other qualified health provider with any questions you may have regarding a medical condition. The contents of this website are for informational purposes only.

Their incredible popularity seems to be unstoppable. Seeing how most of the homeowners are switching to foam mattresses – we have to stop and ask ourselves. Are these synthetically based mattresses safe for human use?

This question is sound and logical. Especially, since the materials used in making memory foam mattresses (learn more) are artificially made. And by themselves can be harmful to human health. But, the reality is not that gloomy.

High-quality, foam-based products are now available for way less money than before and with “green” and eco-friendly manufacturing process. We do not recommend that you opt for any mattress that's below $400 or pillow that costs less than $50. But, in order to learn why cheap products can be harmful, we have to get to the bottom of this issue.

Most of the cheaper memory mattresses come from polyurethane foam. This substance is not safe for use in the U.S. since 2004 due to health concerns. Even the more expensive brands contain some of the most toxic substances. The health concerns are great. Given no testing was conducted only time will tell on how effects of their use impact human health.

In this article, we will explain the main components of cheap foam mattresses. How do they exactly affect human health? We will question their safety and expose possible concerns about their use.

How Was Memory Foam Invented?

The nature of the process of using compounds to make memory foam is troublesome. We can hardly say that it is meant for use as a mattress. Or any type of product where humans would be longer exposed to it, for that matter. Memory foam was first designed for NASA space program.

Its primary function was to keep astronauts safe during missions in space. As it is, memory foam is an excellent shock absorbing material. It offers safety in helmets, pads and plenty of other equipment. This is because of its design to prevent serious injury to humans. 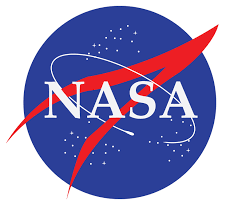 The structure of memory foam displaces under pressure or applied force. The small cavities inside of it compress and change shape. This works great for spreading the force throughout its surface area.

This fact is often used for marketing purposes. Mattress companies advertise memory foam mattresses as being great for pain relief. We agree that it does work wonders for those that experience pain. This ability to spread pressure over entire its surface helps people with back pain.

It also helps people with injury to sleep with great comfort.

But, this doesn’t change the fact that it contains compounds which are unfit for human use. Let alone long exposure over time.

What Is Memory Foam Actually Made Of?

The main ingredient of memory foam is polyurethane. This compound comes from petroleum as a byproduct. Extracted during the refinement process of crude oil.

During the process of making a memory, foam polyurethane is often mixed. The number of other toxic chemicals include many harmful compounds. Polyvinyl chloride, formaldehyde, boric acid, antimony trioxide and different types of petrochemicals.

Since 2004, by law, the U.S. requires all mattresses to be fireproof to a specific temperature point and ever since the toxicity levels in foam memory mattresses have increased. This makes foam mattresses very harmful.

All memory foam comes from using various heavy industrial chemicals. It is no wonder it is unfit for human use. 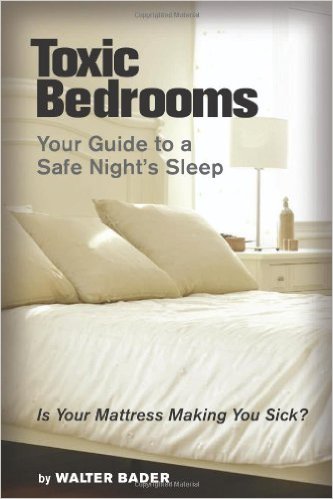 A lab in Atlanta analyzed several mattresses made of memory foam material. It found them to emit 61 different types of chemicals. Some of these materials were carcinogens including benzene and naphthalene.

This was first announced by Walter Bader, the author of the book “Toxic Bedrooms”. It is remarkable that no one is actually letting the public know about this information.

As for the main ingredient polyurethane, its use isn't monitored at all. It was not regulated by OSHA (Occupational Safety and Health Administrations), even though it is well known that it can be dangerous when combined with other chemicals.

Some of the isocyanates found in memory foam mattresses can cause harm to the skin. These can also cause respiration problems. Isocyanate compounds irritate skin and are harmful to human health.

EPA (Environmental Protection Agency)findings confirm the toxicity of these materials. These volatile organic compounds make their way in almost all manufactured household products, including carpets, furniture and of course mattresses and even pillows. Go figure.

Duke University completed clinical evaluations researched certain components used in memory foams. Those included isocyanates. The isocyanate compounds researched were acetone, benzene, ethylene oxide, formaldehyde, methylene chloride and 1,1,1 -trichloroethane. What they discovered was that even the brief exposure caused damage. Even the minimal amount of toxicity of these compounds causes asthmatic attacks.

Diisocyanates are also found as ingredients that increase flame resistance in foam mattresses. They are highly reactive compounds. In their raw forms, these can cause respiratory and skin damage. And if that alone isn’t bad enough they are carcinogenic to humans. During the manufacturing process, many compounds mix together. Diisocyanates react with polyols to produce the flexible memory foam. Polyols are binding compounds that are essential to creating the polyurethane foam.

Most of the materials go through the off-gassing phase during the time of their use. So, this is when side effects of the use of toxic compounds start to show.

Especially on the health of the more sensitive individuals. People with the weaker immune system are first to show symptoms. During the home use, these substances can release their gaseous compound derivatives.

This causes the appearance of bad odors and obnoxious smell during use. Not to mention the harm that these gases cause to the lungs and the rest of the respiratory system.

Chemical breaking down of volatile organic compounds causes a toxic buildup in humans. This can have serious consequences for human health. These byproducts get dispersed into the air of the bedroom and can build up.

This causes harm to breathing and induces many allergic reactions. These unstable substances are the main cause for the rapid degradation of health. Even though VOCs are more stable in finished products such as memory foam they can still release. This happens only in certain conditions during use.

They are usually detected by strong odor found in the air around the products. Usually from those made from polyurethane.

Researchers were using lab mice to measure the effects of breathing VOCs. And from the four different mattress manufacturers, the results showed that all the memory foam mattresses caused respiratory problems. Irritation to lungs was so bad that it reduced the air flow to lungs of the mice by the fifth of total intake capacity.

Recognizing the Side Effects of Your Memory Foam Mattress

You can recognize the symptoms of exposure to the harmfulness of foam mattresses. These include morning headaches muscle pain, frequent nausea and the lack of concentration. The reduced cognitive ability is most often reported in young children. Especially in those that have been using memory foam beddings. They suffer from the lack of concentration, frequent headaches, and respiratory issues. Some can exhibit allergic problems too. Many adults reported reduced intellectual performance and recurring respiratory problems.

It is not surprising at all that these health issues are starting to increase in scope. Especially since more and more homeowners opt to replace their regular spring mattresses with brand new memory foam ones as a result of that law enacted in 2004.

Even these standard spring-based mattresses needed to follow fire safety regulations. And so they too got treated with harmful fire retardant compounds.

It is mind boggling how this law creates both ecological and health concerns. Given its purpose of increasing safety for citizens' homes. We are facing a serious health threat, and it seems no one from the industry is taking notice. Some manufacturers opt for not using harmful compounds. No regulatory commission tracks the safety standards. Nor does it perform checkups of the manufacturers and their practices. Consumers are now on their own and what is even worse, most of the public – are unaware.

Doctors are unable to diagnose people coming in with some of the symptoms. So most patients with these symptoms are ill without any solution in sight. The government even appears to turn a blind eye to the many studies.

These studies show the negative effects. They show harm in using industrial waste- grade chemicals for furniture and accessories. So, even the manufacturers do not pay attention to the long-term effects their products will have on their consumers. In a world where profit matters more than human health, this does not come as too surprising.

We have to conclude our findings with a wholehearted warning for low-quality products. The thing is if you opt for higher-end products you will get eco-friendly materials and production process, better cooling and airflow and overall comfort and support. The only issue with chemicals and flame retardants is with low-end memory foam based products. Even if you are on a budget, there are many good choices, so make sure to take a look at our reviews, and I'm sure you will find one that you like.