A Canadian sleep investigation by Brock University gathered data on students between 9th and 12th grade at 49 different Ontario secondary schools by researchers from 2012 to 2017. Their experiment, called the COMPASS STUDY, found that by implementing beginning school just ten minutes later in the day, teens could get around twenty minutes more time in bed on an average night.

Although that may not seem like a ton of time, researchers in Sleep Medicine report that could be enough to get them the recommended eight hours they need for their bodies to reboot and recover.

“Delayed (school) start times have been recommended for adolescents to align with their delayed sleep schedules,” said lead study author at Brock University in Ontario, Karen Patte, in an email to Reuters, “This research demonstrates how sensitive student rest is to school schedules.”

Nationwide Children’s documented that adolescents average around seven to seven and a half hours of each night. They report that the effects of sleep debt can influence mood and result in a poor cognitive function, both factors tie heavily into school performance and socialization. 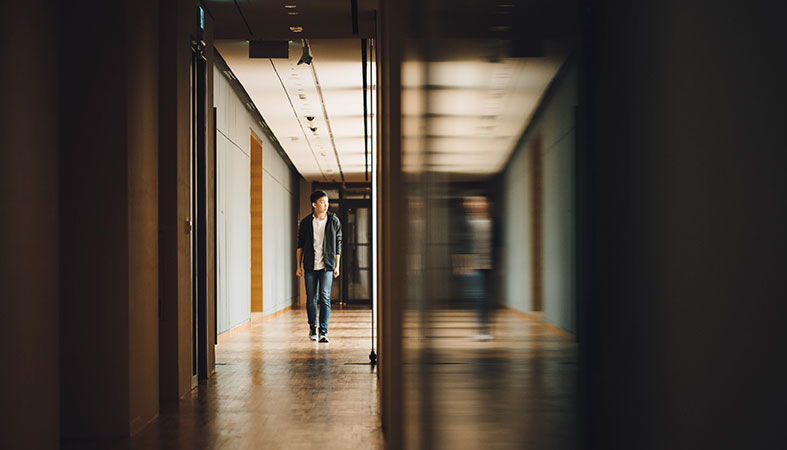 “Our body’s circadian clock naturally shifts later at puberty, so teens get tired later at night (due to later melatonin release) and therefore, need to stay asleep longer in the morning in order to get sufficient rest,” said Patte.

In the study, start periods were adjusted by five and ten-minute intervals both forward and backward to see how this change would affect teen resting habits.  The study concluded that “results support start time delays as a valuable strategy to help ameliorate sleep debt among youth…Potential adverse impacts on sleep require consideration with 10-min advances.”

The Rand Corporation also includes delaying academic start periods as one of their three recommendations to help improve outcomes regarding nightly rest. They indicate that it would be the responsibility of public authorities to implement these changes into local governments.

The amount of rest teens need to maximize cognitive function has been researched several times. Other reports have indicated that teens could need anywhere between eight to ten hours of rest, so any extra shuteye they are able to get could potentially help them on their path to getting adequate rest.

The COMPASS STUDY also gathered data on time students spent participating in physical activities and their amount of screen time in relation to adjusting academic start times. According to their report, there was little correlation with these factors, though five-minute delays did yield results in more physical activity.

The amount of time teens spend asleep can have effects on their mood, behaviors, cognitive abilities, and academic performance. Sleep Advisor has a guide to some of the most highly recommended mattresses for teenagers here, which may also help improve your child’s rest.

Sleep is something I like to do, A LOT. So if I'm not writing about or researching sleep-related topics you can probably find me in my bed catching some Zzz's.

When I'm awake, I love to spend time outdoors with my family. Hiking, camping, snowboarding, and riding ATVs are among the many activities we like to do.

My wish for our readers is that they can find answers to their sleep-related questions, so they too can live an active and healthy lifestyle when they’re not in bed.

From figuring out how to buy a mattress, suggesting ones that are good for different needs and body types, or breaking down the newest science behind technology and wellness breakthroughs, Sleep Advisor has you covered.