Is Japan Paying for Employees to Sleep? The Surprising Truth

Would you get more rest if someone was paying you to do it?

Employees of Crazy Inc., a Japanese Wedding service, are getting paid to get a decent night’s rest, in hopes that it will boost productivity during the work hours. Those who rack up six hours of shuteye a night five nights out of a week will receive company points that can be traded in for food at their cafeteria.

They are calling this their “sleep remuneration system” and according to Bloomberg, this pays out 64,000 yen a year, which is around $540 USD.

Crazy has partnered with mattress company Airweave (check out our review) to track employees' nightly habits. The bedding brand collects data while employees are sleeping and these numbers are related back to Crazy Inc.

Wellness product maker Fuji Ryoki took a survey that concluded that more than 92% of Japanese workers over 20 admit to not getting enough rest. As was reported to Bloomberg,  Crazy CEO Kazuhiko Moriyama said that employees living more uplifted lives will have better results in a work setting. 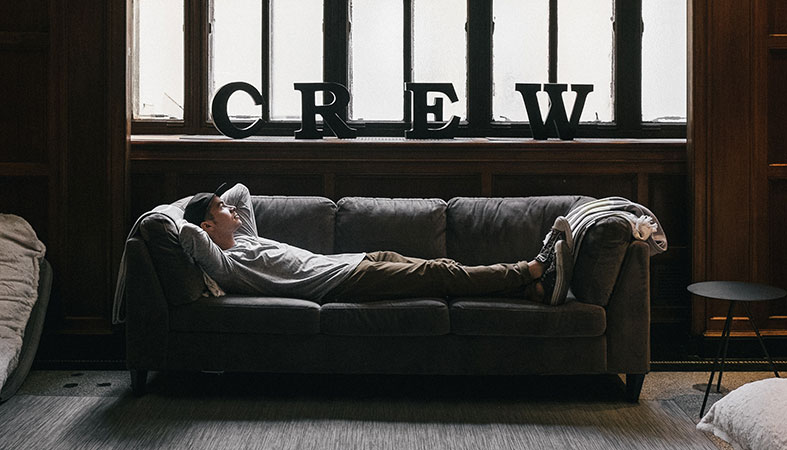 “You have to protect workers' rights, otherwise, the country itself will weaken,” reported Moriyama to Bloomberg. The CEO has taken charge of promoting adequate nightly rest in Japan and so far, his results have been promising.

Airweave reports that employees who have taken part in the program have all increased their sleep time and have seen improvements to their health as a result. Not only that, they’re showing better results and creativity in their jobs, more than was even expected by the program’s creators.

The Airweave Sleep Analysis app is the name of the tech that has been used to track the sleep patterns of Crazy’s employees. This app is available in both the English and Japanese iTunes and Google Play Stores.

Health apps and bedding products are emerging all over the world to help improve customers lives through monitoring and regulating sleeping routines. Smart beds can track not only these types of patterns but can also report certain biometrics to help sleepers live a more fulfilling life. (See a selection of smart beds here.)

Moriyama recognizes that a healthy relationship between work and falling/staying asleep can drastically affect office productivity. Rand Corporation presents evidence that more shut-eye at night can positively influence not only business performance but the overall economic growth potential. They propose that inadequate nightly rest costs the United States economy approximately $411 billion annually or “2.28 percent of its GDP.”

This statistic affects the United States at a deficit of over $250 billion more than Japan.

Meanwhile in Japan, Moriyama fights the battle on sleep and hopes to further increase productivity. “I eventually want to reach a million employees,” Moriyama said. “I want to do something that other people will think is crazy.”

Sleep is something I like to do, A LOT. So if I'm not writing about or researching sleep-related topics you can probably find me in my bed catching some Zzz's.

When I'm awake, I love to spend time outdoors with my family. Hiking, camping, snowboarding, and riding ATVs are among the many activities we like to do.

My wish for our readers is that they can find answers to their sleep-related questions, so they too can live an active and healthy lifestyle when they’re not in bed.

From figuring out how to buy a mattress, suggesting ones that are good for different needs and body types, or breaking down the newest science behind technology and wellness breakthroughs, Sleep Advisor has you covered.